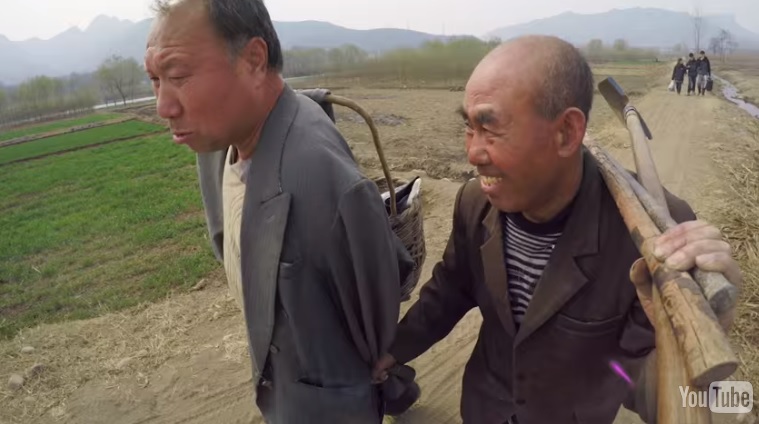 “Every tree is an air purifier”

When Wengqi Jia lost his arms after he touched a power line at the age of three in 1965, he adapted and grew into a very capable man using only his feet for daily life. When his childhood friend Haxia Jia was permanently blinded by a quarry explosion in 2000, he approached his suicidal friend offering “you’ll be my arms, I’ll be your eyes” and thus begun an incredible campaign of ingenuity, perseverance and a finding of purpose.

Noting the environmental degradation around their village, and the death of the streams and forests due to pollution, the duo has planted over 10,000 trees since 2000 by assisting each other in climbing trees, cutting limbs, and planting the clones. Using a refined, complex and inspiring method, they have reforested an entire river island, and that’s just the beginning. It’s a story that you that you have to see, or feel, to believe.