It was the violence of it that surprised me the most. It happened so quickly that I was barely able to prepare, or even take a breath. Just like that I was in the water, all 8 of us were, with a 14 ft. raft on top of me. Stay calm, keep cool, and get out from under this this thing. I pushed down to try and shove the raft downstream from me, instead I was immediately sucked into a hydraulic (hole) and put through a powerful spin cycle. I’ve gone over the falls enough times surfing, and my training for freediving has taught me that I can go a lot longer than I ever think without air. I knew the best thing to do was to just relax, save my energy and let my PFD do its thing, I’ll pop up eventually. I tumbled a couple times and was finally able to get to the surface for some air. As soon I my head cleared the water, I dropped into another hole and smashed face first into the subsequent wave having barely sucked in any new air at all. Wash, rinse, repeat. 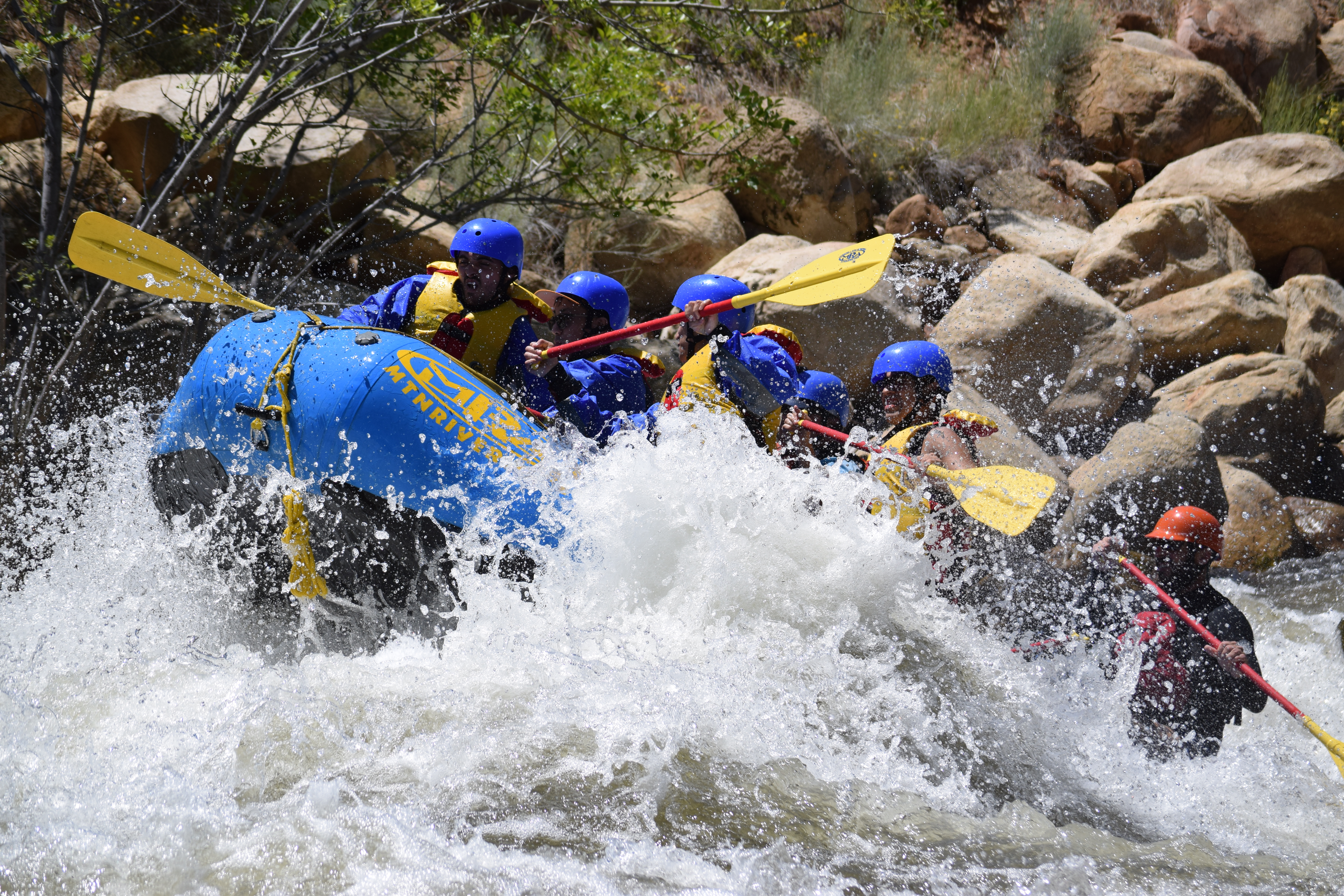 I’m not much of a whitewater guy, not really by choice, it’s just that I have never lived near a great river. I have some limited experience, a few trips as a kid down the Arkansas River, last month we floated 52 miles down the Green River in Utah, but we pulled out one mile above Cataract Canyon and the whole trip was flat water. The Kern River is a California whitewater destination, and with this enormous snowpack quickly melting, it is a beast right now. As rivers go, it couldn’t be more different than the Green, about the only thing that The Kern and The Green have in common is water.

This all started three days ago when longtime friend and river guide from Mammoth Lakes, John Rea, called and asked me if I would like to run the Kern with him. Anyone that looked out a window between December and April knows what kind of winter we have had in California and it’s no secret that the rivers are pumping right now. How could I say no? Three days later I am pulling into Mountain & River Adventures Campground, just East of Kernville, to test my mettle on this destination river. The Kern runs for 169 miles and is broken up into two distinct sections, the Upper and the Lower. It offers everything from easy class II for the family to class V waterfalls for the hardened kayaker. Today we were on the Upper Kern, rafting some enjoyable, and often intimidating class III-IV. 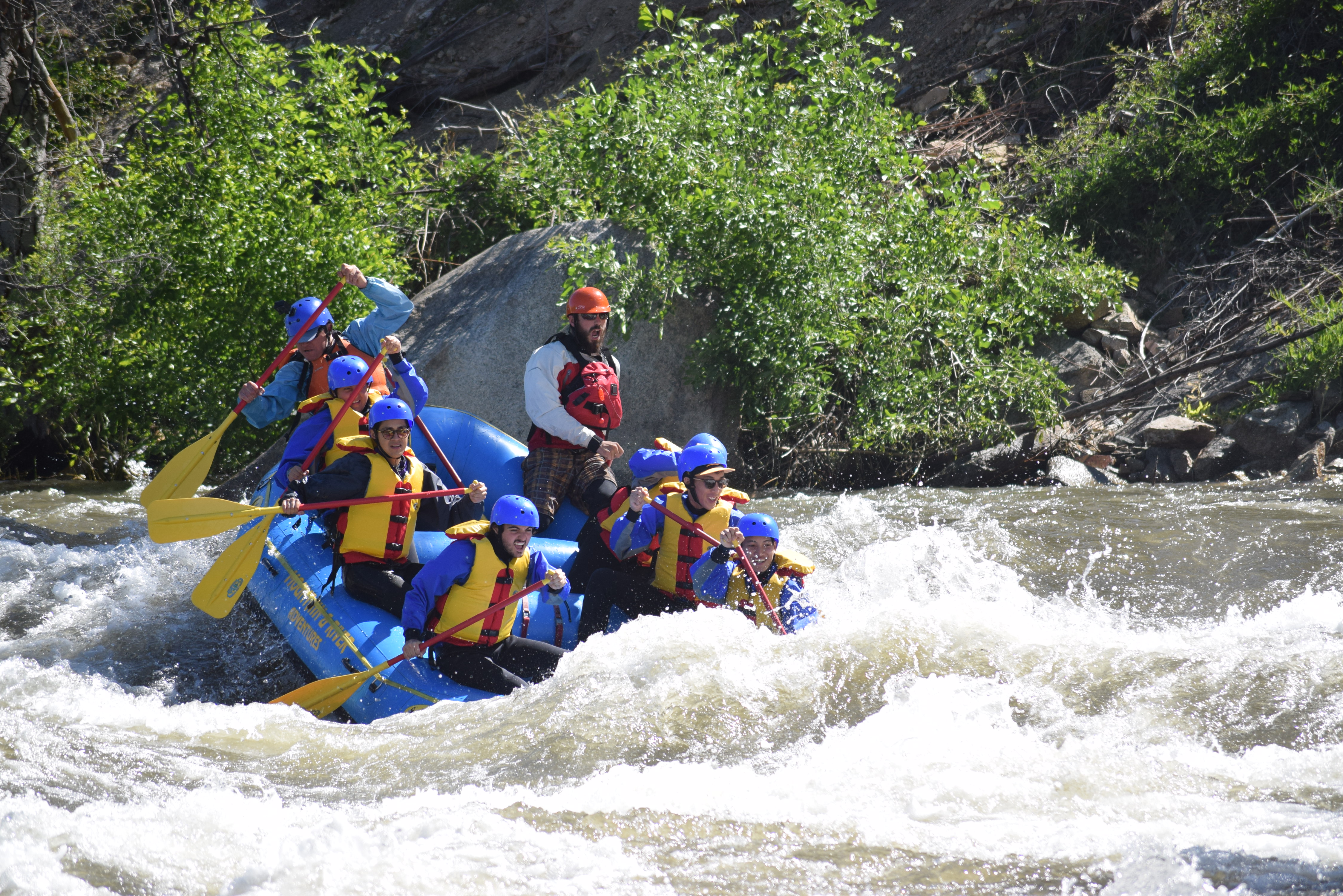 The day started at 7am at the M&R warehouse as the guides began filling rafts, assembling lunch coolers and water, discussing the river, and doing general prep for the 43 customers and seven guides. The rafts were loaded onto trailers towed by school buses and the 50 of us assembled in the campground for an in-depth safety talk, to discuss the plan for the day and talk about general need to know information. Our boat would be seven of us and John as our guide. Our first run was down a section called The Lickety, with Powerhouse, Lil’ Mama and Ewings rapids. All class III and a fun warm up for the class IV rapids to come later in the day. A quick bus ride back past the campground adds the class IV rapid The Wall. The Wall is short, rough, and really fun. Class IV can feel pretty easy when you hit your line right and it goes smoothly. Hit it wrong, like we did in Cables, which was our next Class IV, and things can get spicy real fast.

Back in the river- We all thought that we would ride up on to, and slide off the side of the car sized rock. John yelled “Highside” which is an order to get up on the high side of the boat to prevent a flip. Too late, I rode that highside all the way over backwards, and just like that I was under the boat. After the violent tumbling and I don’t even know how many waves to the face, I was finally able to get my feet in front of me and catch a breath. I looked around, John was riding the capsized boat and trying to flip it, two other guys in our party were being picked up by other boats. The girls were being tended to by the safety kayaker and now it was just float and try to get to any of the five boats in our party. As soon as I was picked up the guide throws me a paddle and yells “paddle!” We could see the girls directly in front of us in the water and they looked exhausted. We quickly gained on them and before I knew it they were on the boat. Finally, we were through Cables, the river calmed and all boats pulled over to assess the swimmers and get us all back to our boat which was now parked just downstream.

As a climbing guide, I know the importance of critical thinking in a crisis. Anyone can do it when it’s all fun in the sun, it’s when things go south that a good guide shines. The seven of us had been picked up by three different boats, the girls, who had swam for over three minutes, had been checked for any serious injuries or water intake, and aside from being a little shaken up, all eight of us were unscathed, safe and ready for more. Time to continue the run through The Wall and Lickety again. Even after all that, the day was still young, so maybe do another lap from Cables all the way back to camp? Why not? And it went off without a hitch.

I was reminded today of the power of gravity, it’s something that we know is there, invisible but ever present. Whitewater gives gravity a physical form, that unrelenting force suddenly has a shape and a definable weakness. I am excited for tomorrow to up the ante and hit the Lower Kern tomorrow. Word on the rapid is that it has nine sustained class IV+ rapids and one Class V at this flow. Hats off to everyone at Mountain & River Adventures. It was a stellar day, the river was raging, the guides were all very capable and professional, everyone was laughing and smiling as we pulled the boats out of the water and headed for a well-earned cerveza.

Getting there:
Mountain & River Adventures, in their 29th year of service, is a full blown adventure service with a riverside campground and a raft launch. They also offer mountain biking trips and shuttles, rock climbing, a ropes course, hiking and more. Owner John Stallone is very hands on and runs a very tight and professional outfit.

They are located on the river at 15775 Sierra Way, Kernville, CA, 93238. From Bakersfield, head North on Highway 178 to Lake Isabella. From Isabella, take 155 North to Kernville. Turn left on Sierra Way and follow the winding road until you reach the campground.
1-800-861-6553
www.mtnriver.com